September 28th: How to brew tea 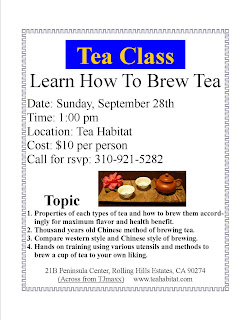 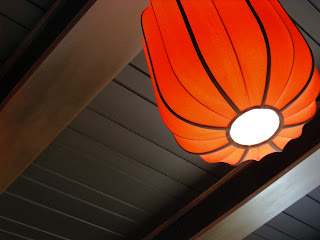 There are times, the conflict of running a business and tea troubles me. As an end user, the purity of tea should not be tempered by commercialism. Passion for any thing is more superior than any physical representation especially when a price tag is attached. No doubt this passion is a drive for many business entrepreneurs to share such passion. As one commercializes a product which is also your passion, do you compromise passion?

I think yes, to a degree. Passion is time consuming, let's not forget. From my own experience of running a tea shop, many hours are spent on the daily operation of business, which takes the focus off enjoying tea itself. In turn, you do gain more knowledge of tea, the industry, marketing, and improve people skill. I said to myself, if I didn't have to run a tea business, being here at the shop is ideal. From an other point of view, my work is to fuel other's passion instead of my own. And I still get to indulge from time to time. I drink tons tea daily, just not able to enjoy it with a calm mindset every time.
Posted by Imen at 3:42 AM 4 comments:

Pu-erh, stockade by the bay and the people live in 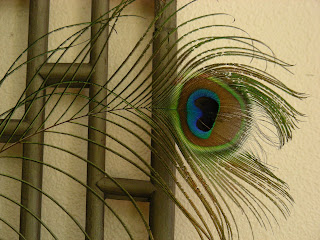 Pu erh is a category of tea to tea drinkers whom are familiar with it or even obsess over it. What does it mean? Is it Chinese?

Pu erh is also the name of a town which functioned as a tea hub for pu erh tea trading since Ming dynasty. The center of the Tea Horse Ancient Road, collecting tea from other regions of Yunnan and distributing them outside of the Chinese border, and then some inside of China. Pu Erh region also produce tea despite its fame as a giant tea trading post. During Qing dynasty, Si Mao, Yiwu, Xi Shuang Ban Na and 6 famous mountains were part of Pu Erh county, employing over 20 thousand workers in the tea industry. The main reason for its location importance other than tea trading was salt mining in the town of Mo Hei in Pu Erh county. Salt and tea are 2 out of 7 essentials of Chinese everyday life. Wood, rice, oil, salt, soy sauce, vinegar, tea. The name Pu Erh has been used continuously for thousands years for the same general region with the boundaries changed numerous times in numerous ways.

Pu erh is a tribal language of the Ha Ni tribe. Pu meaning stockade, Erh meaning bay, Pu erh together meaning stockade by the bay. In ancient times, it's referred to the people of Pu Erh, including Bu Lang tribe, Yi tribe, De Ang tribe and others, most of which were our earliest tea cultivating ancestors.
Posted by Imen at 2:18 AM No comments: